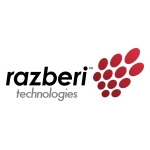 With a population of more than 40,000, the City
of Linden, New Jersey is part of the New York Metropolitan Area. It
is located 13 miles southwest of Manhattan and borders Staten Island. In
an effort to improve public safety and reduce crime, the city decided to
modernize its video surveillance system.

Challenge: Video Surveillance System Due for an Upgrade

The City of Linden (the City) had more than 150 outdated, analog cameras
deployed throughout its buildings and parks. These consisted of an
assortment of off-brand devices that lacked sufficient resolution,
speed, and frame rates. To provide the highest quality video, the City
decided to invest in a new citywide IP camera system.

Moving to IP cameras would require the City to increase its bandwidth
capacity and upgrade its network video recorders (NVRs) to a more
efficient, reliable, and secure video storage solution. This video
surveillance system would need to:

The City’s Department of Public Safety, led by the Police Department,
oversaw the project. They hired Eastern
Datacomm, a highly recommended system integrator out of Hackensack,
New Jersey, to manage the entire project, from the installation of fiber
lines for Internet to deploying the IP cameras and video surveillance
appliances.

One reason the City of Linden chose Eastern Datacom is because it has
standardized on Razberi
Technologies video surveillance appliances and software for all
installations, providing an extra layer of security for its
clients. Razberi makes it simple to manage and secure video surveillance
and network-connected device solutions.

Razberi appliances are highly reliable and network-optimized for
megapixel quality. With the ability to record at the network’s edge and
centrally, the Razberi suite of appliances also provide the flexibility
that the City requires. A one-click VLAN setup establishes a private,
secure network for camera traffic.

Razberi’s intelligent video solutions are rightsized for the application
including data center, edge / fog, and rugged applications along with
the ability to add cybersecurity protections. The appliances are also
open to work with world-class video management solutions (VMS) and IP
cameras. Built-in Razberi Monitor™ health monitoring software ensures
the video surveillance system – all the way to each camera – is
operating 24×7 without video loss or disruption.

Today, the City of Linden has more than 250 Panasonic IP cameras
deployed across 13 locations. The main site is City Hall, which includes
the Police Department. Cameras are also installed in four fire houses,
two youth centers, the library, and various points around the train
station and parking lot.

At City Hall, Eastern Datacomm installed four Razberi
Core™ appliances. These robust, server-class appliances centrally
record heavier video surveillance workloads. This enables the City to be
in compliance with the State of New Jersey’s retention law, which
mandates that municipal video recordings be kept for 90 days.

In addition, a Razberi EndpointDefender™ appliance is integrated with
each Core device to provide Power over Ethernet+ (PoE+).
EndpointDefender includes the Razberi CameraDefense™ cybersecurity
software solution should the City need it in the future. This extends
industry best practice cyber protections all the way to the camera or
Internet of Things (IoT) endpoint.

In the City’s other buildings, the integrator deployed 12 Razberi
ServerSwitchIQ™ edge appliances. More than an NVR, these devices combine
a PoE+ switch, server, storage, and intelligence. By recording video
near the network’s edge closer to the cameras, the appliances enable
City workers at each location to monitor and play back video when
needed. There is no need to constantly stream video back to City Hall,
which reduces the impact of megapixel cameras on the network.

The ServerSwitchIQ’s compact size and ease of deployment also worked for
the City’s remote outdoor security camera locations. Each is small
enough to fit into telco rooms under lock and key while handling the
amount of cameras required. The City did not have to deploy servers,
cabinets, and other equipment traditionally used for video surveillance
systems.

Eastern Datacomm monitors the video surveillance system via the Razberi
Monitor software, which provides automated, real-time collection of
system component properties and status such as storage disks, CPU
Temperature, RAID arrays, and network traffic. With 24×7 monitoring and
alerts, especially if a camera fails or goes down, Eastern Datacomm can
take corrective action immediately.

The City of Linden anticipates adding more cameras over time. They are
working on a five-year plan to put more cameras in their 39 parks and
other buildings. Each Razberi appliance can accommodate up to 24 IP
cameras, making the system easily expandable.

You may have missed

TEKsystems 2021 State of Digital Transformation report: How to succeed in the face of disruption